How to get away with murder…in print!

While meeting your next husband!

Several years ago, I was asked to give a workshop on writing mysteries. I’d published a few for nine-to-12 year olds by then, written several short stories, and was active in the local writing community. It was an easy decision.

But one always needs a hook.

“How to get away with murder…in print” was mine. I put together my program, added a blurb or two for the advertisements, and left it for organizers to sort out the rest. Little did I know that across town, the Detective Inspector in charge of major crime was about to be given a copy of the ad by one of his staff sergeants.

I like to think it was my bio that intrigued him, but when the Inspector in 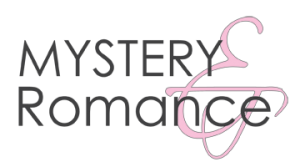 question actually showed up on the day, it was clear – he suspected foul play. Taking up a position in the back of the room, he pulled out his notebook and the moment I started talking, he began taking notes.

In retrospect, I’m not sure exactly what particulars he was taking down because when he returned from the lunch break, he handed me an apple and asked for my card. He had an interest in writing, he told me. I wasn’t so sure.

The other students had drifted in and taken up their seats.

It wasn’t until midway through the afternoon that he had me to rights. “You write mysteries yet you’ve never been in a police station?”

“Does the backseat of a police cruiser count?” I asked.

“Depends on the circumstances,” he countered.

Which was exactly the hook he used when he phoned the following morning and invited me down to the station. Tempting, but no. His offer remained on the table….

It was two years before I called him back. (And, no, I wasn’t serving time – I was, shall we say, otherwise engaged…) He reiterated his invitation to tour the station. We could have lunch, he could take my fingerprints…it was, in fact, the perfect date.

I’ve been asked to report that we have been married for 20 years…and as for who the officer-in-charge is now, I’ll leave that for you to decide!