“Breaking into print isn’t easy. You can spend months, even years working on a manuscript, only to have it rejected for reasons that may have nothing to do with the caliber of your writing. Either the market’s not right or the storyline has been done to death. You name it, most writers have heard it. The tenacious ones, and the ones who truly believe in their work, persist or take matters into their own hands.”

The preceding paragraph is from an article I wrote for The Ottawa Citizen in 1997, long before self-publishing had lost its stigma and become a legitimate option, but it could have been yesterday. And while self-publishing is now the method of choice for many writers, there is nothing quite like having someone say “we want to publish your book!”

It’s been a while since I’ve heard those words, but I can’t complain — my journalism background served me well – or at least, kept me employed over the years while I dabbled in fiction, raised a family and worked freelance.

And then, silly me. I retired. Chucked it all in, moved to the country and daydreamed about writing the great Canadian novel while my husband and I refurbished our 1860’s farmhouse.

But the muse does nag.  And there I was, in 2012, renovations done and feeling slightly adrift. It was time to reboot my career. But where to start? I had a 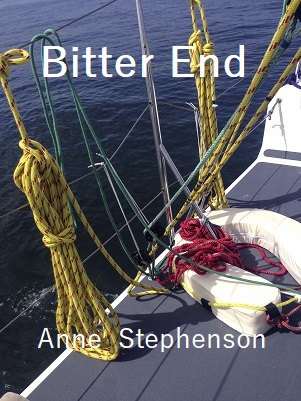 couple of manuscripts in the drawer and a backlist of traditionally-published short stories, feature articles and mysteries for kids. I had “skin in the game.”

Unfortunately, becoming an “indie author” wasn’t as easy as I thought. I had to get up to speed on everything from social media and website design, to author branding and publishing rights, when what I really wanted to do was just write.

So I delved into my “archives,” and came up with the first draft of a short mystery I’d written a few years back.

I’d called it Bitter End, a 3,000-word tale of revenge (my favourite motive) involving best friends and an errant husband with questionable…assets. I took another pass at the manuscript and sent it off to Mystery Weekly Magazine. They bought it, and I was back in business!

Six months later, I published Revenge With A Twist, a collection of three mystery shorts which included Bitter End (the rights were non-exclusive by then), Oscar Chump!, a small-town mystery with a fifties feel, and Bermuda Short, which had first appeared in Cold Blood IV, the long-running anthology edited by Peter Sellers and published by Mosaic Press.

Since then, I’ve written new material, and spun old into gold – or at least silver – as an indie author. My schedule is my own and while I’m unlikely to hit the big time, I love the opportunity to pick-and-choose.

Next up, another collection of three mystery shorts…none of which have been previously published…however, I do believe Dry As A Bone is worth a rewrite assuming it’s still in the bottom drawer.