The Art of Collaboration!

In the days before writing romances together as Stephanie Browning, Susan Brown and I wrote mysteries for middle-grade readers.

We also co-authored scripts and dabbled in a bit of television, but the following article was, in fact, our first “official” collaborative piece.  We wrote it after delivering a workshop at the Detroit Women Writers annual conference, and the rest is, as they say…history.

How to maintain the balance of power in a collaboration! 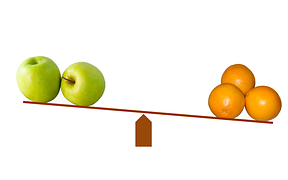 last call to the editor by Anne Stephenson)

Not long ago, Susan and I gave a seminar about collaboration to a group of aspiring writers.  We called it, “Making Collaboration Work.”  A piece of cake.  One way or another, we’d been collaborating since we were room-mates at Ottawa’s Carleton University.  But this was formal.  We divided the research and organization, prepared the same number of handouts, planned the presentation so that we got equal time, and split the fee.

It was great.  Our audience was responsive – they laughed in all the right places, asked questions we could answer, and clapped enthusiastically at the end.

Why?  Thorough research, of course – but the real learning experience came from watching the finely-tuned dynamics of a working collaboration.  We took pot shots at each other the entire time.

When Susan discussed compatible work habits, she called me a neat-freak.  The crowd tittered.  I countered by pleasantly suggesting she use coasters for her coffee cups instead of our manuscript.  She lounged against the wall and assumed an air of long-suffering.  The audience lapped it up.

When I pointed out how important it is for each partner to receive a copy of any correspondence with agent or publisher, Susan, who forgets to mail everything that isn’t addressed to an editor, had the grace to blush.

She tried to get me on deadlines.  In collaboration deadlines are, of course, sacred.  I get writer’s block; the words don’t flow; my muse is off playing squash.  Susan gets on the phone claiming she needs Chapter Five, so she can get on with Chapter Six.  I tell her I’m still waiting for her edits on Chapter Four.

We went on to discuss how writers often have favorite phrases that grow like toadstools throughout their copy.  Susan’s characters “exchange glances” so many times they get cross-eyed, I said.  She “looked at me pointedly” and told the group how important it is to edit each other’s work with kid gloves.

Writers have such fragile egos.

We trundled through the legal jungle of what can happen to whom when one makes promises unbeknownst to the other.  Susan used several examples of possible scenarios.  In every one, I made wildly improbable promises to publishers, was killed in car crashes, skipped the country with head-earned advances, or a combination of all three.  She finished with a sweet smile and a somber warning that you must know and trust your collaborator or be left holding the bag.

I’m a reasonable person.  It was only in the interest of education that I told them the truth about ubiquitous.

Once the project is finished, I explained, one partner has to do the clean copy and send it in.  This is the position of power.  In our case, it’s Susan.  She nodded modestly.  Her computer and printer, I went on, are more sophisticated than mine, so she enters the final draft, prints it, and mails it to the publisher.

And that’s where I lost ubiquitous.  Ubiquitous is one of my favorite words.  It has tone, it has class; Susan can’t spell it without a dictionary.  I had used it to describe Miss Belcher, the teacher who lurks around every corner in our juvenile mystery, The Mad Hacker.  Throughout the entire writing and editing process, I had warded off Susan’s attempts to cut that word.

After sending the original to the publisher, she sent me my copy of the manuscript.  I was impressed.  It was beautiful – no typos, no coffee stains, no ubiquitous.

The audience loved it.

They didn’t, however, hear the last word on ubiquitous.  After the conference, Susan and I went our separate ways home.  My route passed the publisher’s office, so I decided to stop for a chat.  Susan’s computer, I explained to our editor, had inexplicably left out a word.  Could she please insert “ubiquitous” on page five?

Ah, the balancing of power…