This was the morning I was planning to print out a partial first draft of my romantic thriller. I’m 25,000 words in, and feeling good even though I know I need to cut at least 5,000 words before moving on. Some scenes start too late, others ramble, and I have one secondary character who is so strong, she needs to be cut down to size. The good news is…my main characters are riffing off each other well, the emotional tension is building, and my convoluted plotline is, at long last, beginning to make sense.

So then why am I writing this piece? 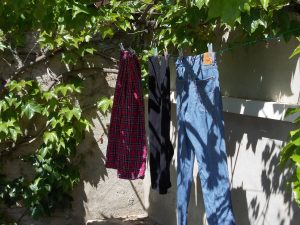 Because there’s another manuscript out there sitting on an editor’s desk waiting to be read, and it’s driving me crazy. And while I know I should be plowing ahead on my work-in-progress, I’m starting to get antsy. Checking my inbox, messing about on the internet, doing the laundry….

And probably never will, so, here’s the plan. I’m going to take little miss bossy from my WIP and give her a book of her own because, when it comes to romance, three’s a crowd. And if the aforementioned editor, the one who’s going to call any minute now, is interested in one book, she may be interested in three.

Okay, now I’m thinking series. And, unlike mystery and detective stories, in the world of romance, the main characters only get one book. They may play a secondary role in another, but a new hero and heroine will take centre stage, and then they, too, will move on.

The rules apply whether it’s a contemporary romance set in a small town like Cedar Cove (see Debbie Macomber’s award-winning series), or a Regency-era quartet like Sarah Maclean’s “Rule of Scandals.”  Because, when it comes to relationships, the possibilities are endless!

As for me…I think my new plan has potential, the laundry is done, and those 5,000 words I need to lose from my WIP may just find their way into another book…with little miss bossy in the starring role.

And with a little luck, my phone will ring tomorrow.

That was two books ago, and while the phone didn’t ring for that particular manuscript, Making Up is Hard to Do, our latest Stephanie Browning romance, is a finalist in GSRWA’s inaugural “Open the Book” contest for the best back-page blurb!

Winners will be announced next month at the Emerald City Writers Conference 2018!