A multi-genre collection of eclectic reads from BundleRabbit 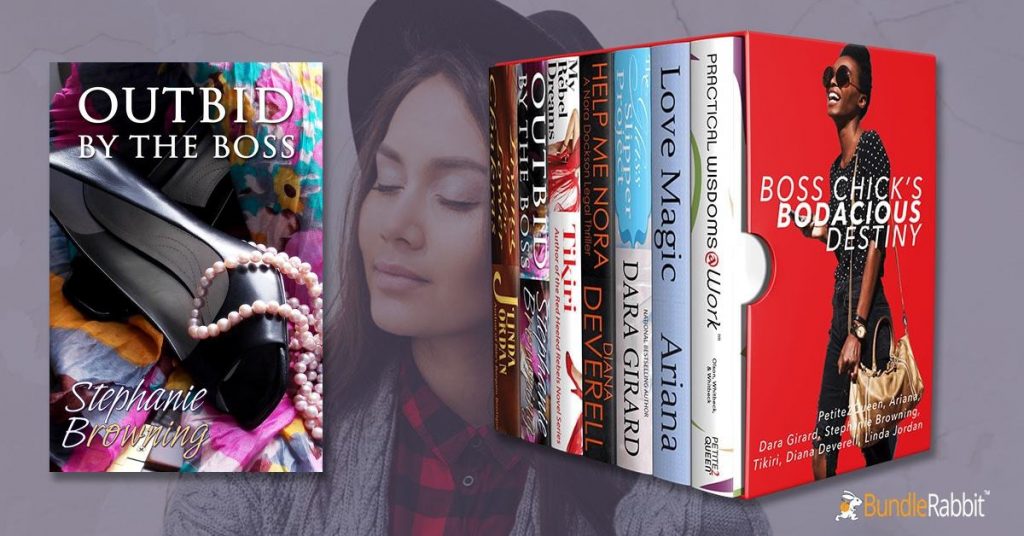 Seven books in all, this box-set of Bodacious reads is available on Kindle, on Kobo, iBooks & Nook,as well as BundleRabbit, for $9.99, and we’re thrilled Outbid by the Boss was invited to the party!

And what a journey it has been!

From the euphoria of writing together as Stephanie Browning to the decision to become “indie authors,” the past few years have been the writers’ equivalent of a Grand Prix. Full of twists and turns as we developed the Stephanie Browning brand and learned how to navigate the world of online publishing.

And now with the ink barely dry on Making Up is Hard to Do, our sexy new beach read, Outbid by the Boss is hitting the big time with a group of no-nonsense ladies who know how to turn up the heat on life and love.

Compiled by Petite2Queen.com, the online virtual mentor for women, the Boss Chick’s Bodacious Destiny is a multi-genre collection that will inspire and entertain you while we put the finishing touches on In Debt to the CEO, our next Stephanie Browning Romance.

(And if you have a hankering for drop-dead gorgeous movie stars, you won’t want to miss the second in the “London” trilogy, Undone by the Star, when our American film star falls for a strong-willed independent woman who refuses to settle for anything less than the real deal.)

Now that’s a motto to live by!

As well as Outbid by the Boss, this seven-book box set includes:

Practical Wisdoms@Work by Petite2Queen; Love Magic from Ariana; The Glass Slipper Project by Dora Girard; Diana Deverell’s Help Me Nora; My Rebel Dreams by Tikiri, and Linda Jordan’s Living in the Lower Chakras