Why your back-cover blurb matters…

Like a pitch, or a synopsis, writing a blurb for the back cover of a book is one of those incredibly-challenging “extras” that go with the job.  And it’s not just the words you write, it’s how they look on the page.

My co-author, Susan Brown, and I drive ourselves crazy trying to get it right.

And it has paid off in unexpected ways.  Last year, we entered  Making Up is Hard to Do, our third romance writing as Stephanie Browning, in GSRWA’s first-ever “Open the Book” Back Blurb Contest — all one hundred and eighty-six words worth!  Not only did we get to pitch to agents and editors, as finalists we were invited to share the excitement with our fellow authors, members of the general public, local and regional librarians, and book club members at ECWC’s Passport2Romance! 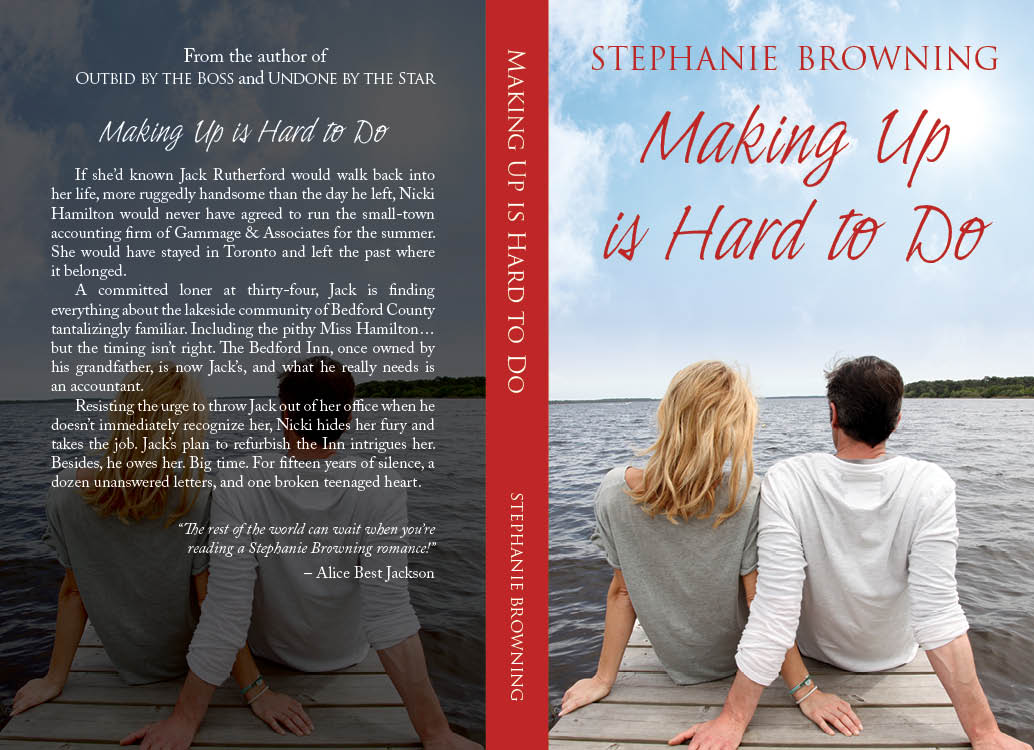 Here’s how we broke it down:

From the author of

OUTBID BY THE BOSS and UNDONE BY THE STAR

Thirteen words above the title to let our readers know we have two other books “on the shelves.”  We used upper case, “block” lettering to echo the font which appears on their cover pages.

Making Up is Hard to Do

Six words for the title, the same font as the front cover and centred to match the text above.

One hundred and forty-nine words of text.  Three paragraphs in which to grab a reader’s interest with the set-up, character, setting, background and end with a flourish, because who wouldn’t want to know what happens next!

If she’d known Jack Rutherford would walk back into her life, more ruggedly handsome than the day he left, Nicki Hamilton would never have agreed to run the small-town accounting firm of Gammage & Associates for the summer. She would have stayed in Toronto and left the past where it belonged.

A committed loner at thirty-four, Jack is finding everything about the lakeside community of Bedford County tantalizingly familiar. Including the pithy Miss Hamilton…but the timing isn’t right. The Bedford Inn, once owned by his grandfather, is now Jack’s, and what he really needs is an accountant.

Resisting the urge to throw Jack out of her office when he doesn’t immediately recognize her, Nicki hides her fury and takes the job. Jack’s plan to refurbish the Inn intrigues her. Besides, he owes her. Big time. For fifteen years of silence, a dozen unanswered letters, and one broken teenaged heart.

And finally, right-justified so that it sits just above the barcode, a lovely eighteen-word quote from reader and reviewer, Alice Best Jackson.

“The rest of the world can wait when you’re reading a Stephanie Browning romance!” 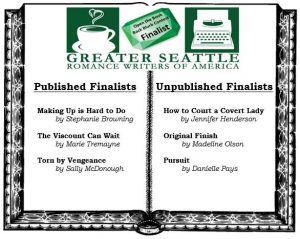