A new look for a new year…

We have two new covers to share and another romance on the way!

When Susan and I first started writing romance as Stephanie Browning, we had three rules:

1. The bedroom door would only be slightly ajar;

2.  Our women would be strong-willed and independent, and our men respectful. He could be a hottie on the page, but…

But with three contemporary romances and one boxed set already on the market, and a novella on its way, we realized it was time for a fresh look! So we’ve lightened up on the abs, made sure our covers reflected the story inside, and voilà! . 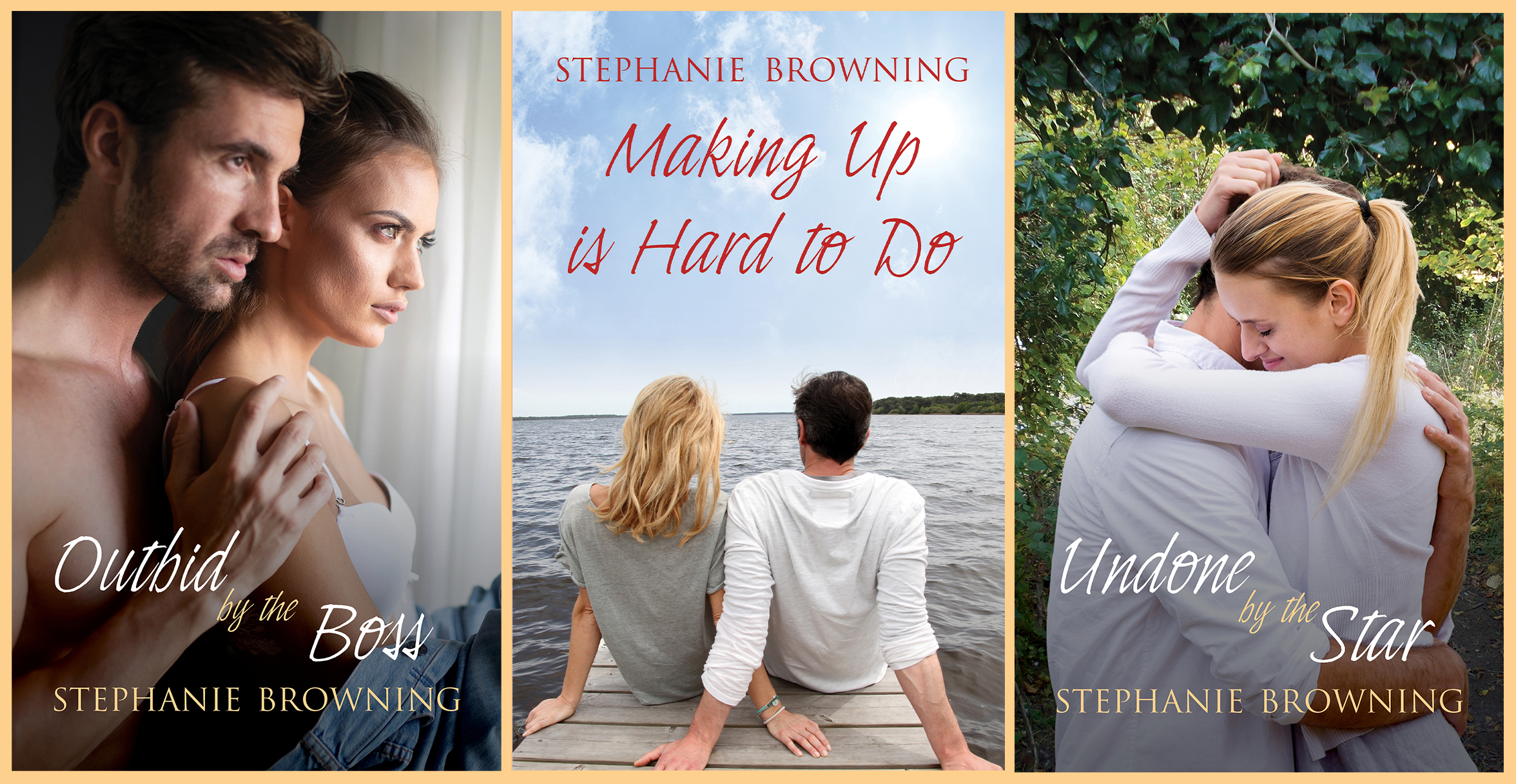 OUTBID BY THE BOSS

When Chas Porter catches Samantha Redfern bidding on an antique candlestick that rightfully belongs to him, he’s furious! But this is no ordinary candlestick; it’s the perfect mate to the only possession of worth Sam’s grandparents took when they fled England. One that Chas is desperate to recover.

MAKING UP IS HARD TO DO

If she’d known Jack Rutherford would walk back into her life, more ruggedly handsome than the day he left, Nicki Hamilton would have stayed in Toronto and left the past where it belonged. But he owes her. Big time. For fifteen years of silence, a dozen unanswered letters, and one broken teenaged heart.

UNDONE BY THE STAR

As heir-apparent to London’s most exclusive hotel, Alexis Kirkwood has spent her life preparing for the top job. But when she mistakes American film star Marc Daniels for a plumber, the sparks fly. An intense intimacy develops…until Marc’s celebrity gets in the way and hijacks Alex’s carefully-laid plans.